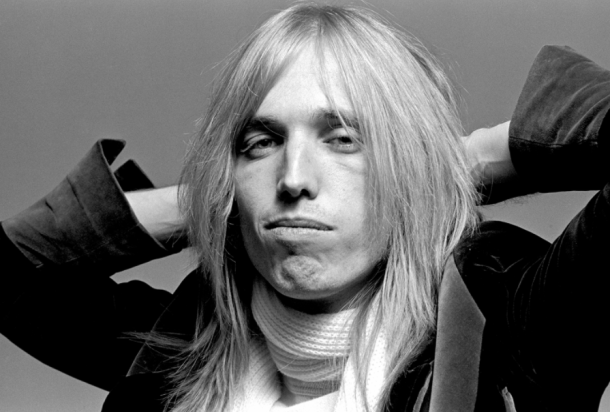 Words and Lyrics by Tom Petty

Since Tom Petty passed away early last month, I’ve been listening to him and his words like never before. He had a spirit connected to a level of source that was wrapped up in leather, coddled in guitars and flowed through a weary, snarling voice that personified 20th century music.

Petty was my high school days. He was my early Los Angeles world (“Free Fallin'”). His music was always rollicking and rolling. Although his music with the Heartbreakers and the Traveling Wilburys was the soundtrack of my 80’s and 90’s,  I never really HEARD his lyrics until the day he died.

Petty died on day one of a transitional period in my life. It was, and continues to be, an expansive, scary and amazing time of discovery, meetings with new people and some hard to ignore frustrations. With Petty’s untimely death making his music part of the zeitgeist, the words floated and landed with me at the most important time to hear them.

Especially the song, “The Waiting”. These past few weeks have been a test of patience. Waiting is hard, but part of applying one’s will toward the greater goal – the brass ring you know is coming if you just put in the work and let the powers that be take the wheel.

He was a sage. Just like Dylan or the Beatles – those touched by something that was beyond their comprehension. They opened the conduit to something other worldly. He translated the flow of a deep seed of knowledge we all find in the base of our soul. There were messages of survival and strength in the face of a cruel world. He opened the path and rendered words that would be understood by the human ear.

Songs like “Learning to Fly” and “I Won’t Back Down” have become anthems in my life at this particular time.

I take solace in “Learning to Fly” – how I’m starting out all alone on some dusty road, as the sun comes up day after day with new ways to find my wings.

And “I Won’t Back Down” is my mantra. This world will make you quake in your shoes, but I’m not gonna let it. I won’t give into fear. I will not give up my focus on success, and failure or rejection will not shake me for long.

I don’t mean to overstate this or make him out to be a god. He was only human, a man with a painful past that molded him into understanding the human condition so intensively, he could passively bring down some goodly wisdom from somewhere. Where that place is – we’ll never know until we’re no longer here.

We just have to wait.