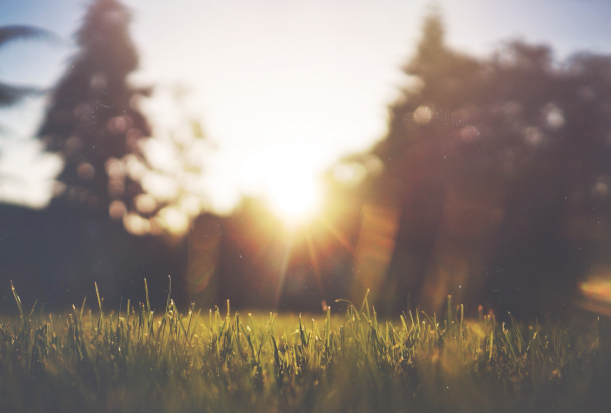 I’ve been thinking about my father’s spirit lately. He died almost five years ago – on Father’s Day 2010.  Within those five years I’ve wondered if he is around me. Is his spirit watching over me? Does he support me? Protect me? Send me doses of spiritual comfort when I’m down? Does he still send love?  I’ve even tried a medium or two to see if he wanted to talk to me – possibly solidifying if he’s really there, just beyond reach, on the other side of the veil.

Nothing. Mediums have the ability to hear the spirits of loved ones, but they never hear my father. Other people always come through.

My father and I had a very clear, spiritual connection. I was a daddy’s girl – a chip off the old block. His birthday was December 18th – mine is December 19th.  We were buddies in birthdays, kindred spirits. When I was small, he was my hero. I remember one time I was holding his hand. He let go for a moment to light a cigarette (it was the late 60’s). After a moment, I reached up for his hand again and grabbed what I thought was his. I looked up to find it was my step-grandfather’s – a stranger to me. I screamed. I wanted my dad.

There’s a memory I have of my father that always gets me right in the chest. It’s a memory I have of him when I was very small. I was at the doctor’s office for a routine exam and I was terrified. My father, knowing my stress, stood before me and held my hand, calming me down. Even as a healthy, small child I knew this moment would stay with me forever. I was so grateful for my dad.  The memory is almost an out of body experience. I remember it as if I am watching it on film.

As I grew up, he was always my best friend. He gave me the best advice. He gave me a good home, a great education and a solid sounding board when I was down. We had the same temper. The same stubbornness, and the same ability to dream.  We were independent. We also were laid back and easy going – the kind of people other people wanted to bounce off ideas and speak to confidentially. We are both non-judgmental when it counts – opinionated when is doesn’t.  (We’re Sagittarius. We put our foot in our mouths).

I dream about my dad. Sometimes he just appears silently, standing by – not saying a word. Other times he’ll be with me, and he’ll be his old self – not in a hospital bed unable to get up – but as his old vital self, driving his car, going places, looking as healthy as he did twenty years ago. It feels so real that I’m elated by his normalcy- the way it used to be. No more illness. No more frailty. See? Dad’s back! Isn’t it amazing he’s recovered and no longer ill? Just my strong dad taking the Buick down to our town’s little village to buy some milk. It feels so real.

Then I wake up, and the reality hits me.

Our connection is so deep that I feel my dad doesn’t want to filter it through a stranger. He always spoke face to face, evading nothing – never needing a mediator to communicate with me. We always had an open line to each other – even when we’d have a big fight and I would give him the silent treatment for weeks until I saw how much it hurt him – we had a connection.

Some people sense a psychic turn when a loved one dies. There was never a day so electric with psychic power than the day I picked up his (and my mother’s) ashes from the funeral home. I trained it from New York City to White Plains and took a taxi to the establishment. The driver was talking to his dispatcher on his cell phone, and the radio was turn down very low. He finished his call, and the low white noise from the station continued for about a minute before the driver suddenly decided to turn up the dial on the radio. At first, I hardly listened. A delayed reaction to a Rod Stewart song that was dentist office wallpaper to me – a re-written version of Bob Dylan’s “Forever Young”. (I prefer Dylan’s version.)  At one point, something took hold of me, like I was in a meditative state singling out words I’d never heard before:

But whatever road you choose
I’m right behind you, win or lose
Forever Young, Forever Young..”

It was one of the first times I can remember crying without realizing I was crying.  It felt like he was sending me this message. I knew I was on the brink of moving to Los Angeles. He knew it before he died that I wanted to make this change. “You will,” he said in his hospital gown under blankets, “You will.”

I asked the taxi driver to wait while I went inside this stately place to pick up the remains. When I returned to the taxi several minutes later with two canisters filled with my parents, the radio station was playing The Spinners:

It was a sensitive day. Perhaps my mind wanted to believe it was my dad (and mom) sending me a reassuring sign. Or maybe it was a coincidence. But I felt it in my bones. This was meaningful.

I’ll keep listening. Maybe my dad will whisper something to me, or show me another sign.

But wait. While finishing up this blog post, something made me leave this page to check something on my Gmail account.   Right on top of all my email, sent within a few minutes before my eyes landed on it, I saw this: