I took this picture in the reading room of the Morgan Library in New York City. I long to go back. Opulent. Peaceful. Rich colors and a collection of the most wondrous reading and materials in the world.

Ceiling at The Morgan Library, NYC. Photo by Debi Rotmil

When you look at the photo of the Morgan Library ceiling above, what do you see? Do your eyes gaze at the intricate pattern, delicate in its grace? Do you notice the daylight filtering through the iron carved repetitive spirals and curls contained in stoic squares? Do you feel the moodiness of the black and white?  Does it take a moment for your brain to see that within the swoops and curves, are little birds adding texture to the visual?

Do you approach your writing this way? We envision a huge idea for a writing project, but the details get obscured by the bigger picture and patterns, distracting us from the true story at hand. Sometimes that bigger picture hinders the process by bringing up fear and concern over how a story is going, or how words will come to mold and define an ending that will tie up the lose ends perfectly.

I’m very much like you, my lovely stuck, blocked, confused, successful writer.  I get overwhelmed by the big picture and can’t see the hidden treasure behind the pretty patterns I’m creating. Then the second guessing and doubt comes in. I grind to a halt. I lose my way. Then I turn off the computer.

Then I turn on the computer and start again.

Life also kicks up lots of dust, to the point where we don’t see the details or the meaning of why things happen.  Sometimes we lose our way because we get distracted by shiny things, like a new job that pays more but provides the same drudgery as the job you want to leave. Or a dress or coat that looks stunning on a size 4 model in an Anthropologie catalog, only to find out it looks like crap when you actually try it on.  How about having a crush on a gorgeous person, only to find they have the intelligence of a door knob?

Objects may appear closer then they seem. They can be illusions, until you break them down and create a defined personal portrait to work from. Try character outlines.

Outlining the details of your characters can help the stuck writer not see “the forest for the trees”. Not just in the beat of your story, but in character development.  Think of your character and their details. Bring it straight down to the length of their fingernails, beyond the color of their hair, eyes, complexion.

You don’t have to express these particular details within your work, but having this outline on hand can provide a palate from where you can swipe aspects of color and transfer brushstrokes onto your canvas to make characters consistent and vibrant.

Even if you’re writing a memoir or biography, keep that character outline of yourself and of others handy so you can express your personality through the work. Sometimes we don’t see our own ticks and individuality, especially not in the way others do. It’s nice to have a reminder – yes, even of yourself.

Keep writing. Give us more to read, to dream and to aspire to. Don’t let bright shiny distractions make you loose sight of the details that weave the entire story and don’t let it make you stray from the work at hand.

Stay focused on what your heart wants to express. Find the flow, and then ride the wave.

(By the way, “The Forest for the Trees” is the title of a wonderful book for writers written by Betsy Lerner.) 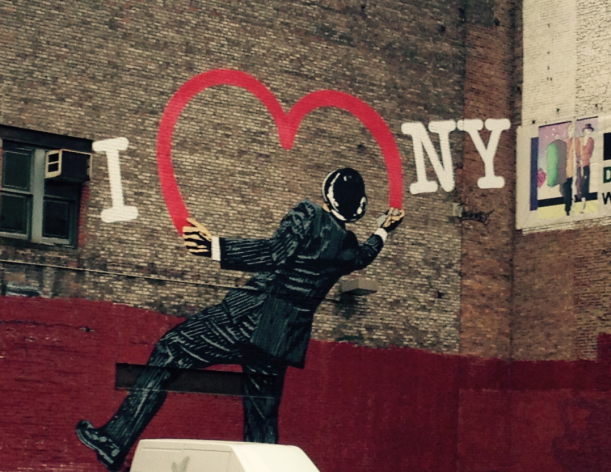 A few weeks ago, my uncle Charles – brother of my dad – called to say he was making the entire month of October his birthday celebration month. October 29th, 2015 would be his 83rd birthday. So, he spent the entire month traveling around New England and parts of Canada, finally landing in Brooklyn where he stayed with his friend Eleanor Kupencow in her glorious DUMBO apartment, and then off to spend another four or five days in Greenwich Village in another friend’s apartment (while they were off in Majorca building their dream home) where he and my aunt Cathryn would stay and apartment/dog sit.

I can’t remember if I invited myself or if they invited me. But there was a sofa with my name on it, and I grabbed the chance to get to NYC without having to pay for a hotel.

It turned out, the weekend of October 30th through November 1st was a perfect storm of New York City happenings. It was my uncle’s birthday. It was Halloween. It was the NYC Marathon. It was the end of Daylight Savings time. And then…my NY Mets were in the World Series and they were hosting the Royals at home.

Add the fact I have to see every off Broadway show I can in three days, and I had myself a jammed pack weekend of World Series proportions.

I can pontificate through literary prose how my weekend went, but I will list everything discovered and done:

Fell in LOVE with Maison Kayser on Bleecker and Christopher Street. It’s the Bakery from the fluffiest, wondrous part of heaven where the Brahma of baked goods smiles upon you. Croissants that are dense and gooey. Chocolate tarts are stacked with incredible chocolate surprises and a regular menu where you can eat breakfast lunch and dinner. We were only there for dessert, so please – go there – eat a meal and tell me what you had. I won’t be back until December.

Went to Morgan Library and viewed the Hemingway and Matisse exhibition.

Went to matinee of an adorable musical off-broadway at the small but big hearted Davenport Theater. “Daddy Long Legs”. So sweet, heartbreaking and the music is lovely and also available on iTunes.

Went to Greenwich Village Halloween Parade. Couldn’t see much, but what I saw was really cool. Crazy giant skeletons and a big old white spider hanging from the Six Avenue church. Wanted to see drag and basic lunacy, but really only saw suburban people dressed up like Heath Ledger’s joker.

Went to Below 54 where I saw a Halloween Sondheim cabaret featuring the music of “Sweeney Todd” and “Into the Woods”. Lush. Spectacular. Food was yum, and they had this incredible Halloween drink that was tangy and had enough zoomph to make me forget the bitchy couple who sat next to me and gave me the stink eye because I had to share the high top bar with them. “Swing your razor high, Sweeney…” Oh, boo to you two.

Stopped by Circle in the Square on my way to 1 Train on 50th to bask in the happiness of the “Fun Home” marquis. Hello Bruce! Hello Alison! They keep welcoming me to their house on Maple Avenue and I can’t resist. They put the “Fun” in Dys-“fun”-ctional. See you again on my birthday in December.

Early Sunday. Can’t live without my spin class. 8:30am in the fucking morning, but wow it feels good to get it done early. Chelsea Flywheel on 17th. Took Zach’s class again! Had him over at Flatiron location in September. (Okay, that read like a girly diary entry.)

Tired of my iPhone5 battery dying every three hours, so I bit the bullet and bought a new iPhone6.

Matinee of my friend Diana’s show “Songbird: A Tennessee Story“. Great music! Story is based on Chekov’s “The Seagull”. The show is at 59E59 Theater

Walked through Marathon people covered in Marathon blankets before heading to the above.

King Kitty, the royal cat of Greenwich Village. Adorable, regal and somewhat creepy on the side table where I slept.

Went to Citifield for game 5 of the World Series. Finishing off a championship weekend with my boys in the big show. The friend who offered them to me hates me because I accepted and then backed out because I didn’t want to spent $400 to watch the Mets possibly lose. Changed my mind again and went to the game. Walked around marathon people on Madison Avenue to get to Grand Central. Yes, I went to the game. Yes, I spent the $400 bucks. Yes, we lost the game. But I went home content – sad – but content. The Mets had a great season.

I’ve walked through the closet door to Narnia. World Series. Mets Versus Royals. Game 5. The Royals won. My hat off to them. Worthy opponents. Mets 2016!

Early morning flight back to LAX, quivery at all the money I’m losing and trying to get the motivation and strength to start working for myself to earn self gratification in a job I love and is of my doing – plus make more money so I can finally move back to New York.

Throughout all of this, I saw my wonderful, crazy uncle and my aunt Cathryn. I spent time with my beautiful cousin Michele. And I am thoroughly exhausted. Plus, I spent lots of time falling in love with this lovely creature… 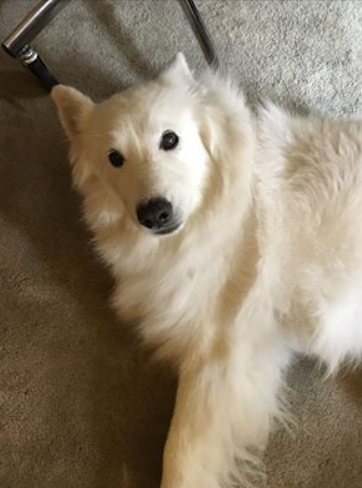 Time to get ready for another trip. Oh New York. I miss you so. Can I flip the table of the Joni Mitchell song “California”? New York…I’m coming home. Will you take me as I am?

As a true New Yorker (shut up Time Out. I’m a New Yorker)…I say….you fuckin’ better!