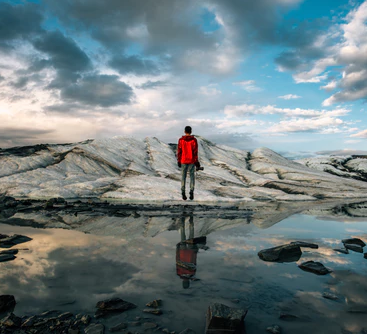 It’s a crowded world out there. Apparently five generations are actively participating in today’s workforce. We’re all competing for the same jobs, with various degrees of skills and experiences. I could go into a comparison on each generation’s tussle with finding the job they want – but I will admit to not having enough research to make claims.

Nor do I want to get into an argument over which generation is more worthy of a job than the other. We all need to survive, no matter what our age. With the economy being so stagnant and debt choking our ability to save for the future – we are all on common ground.

It’s hard out there. We’re not against each other. We are in this together.

Yet company’s are slow to hire the young and sluggish in hiring above the age of 45.

If this keeps up,  how will we all end up?  Unemployed? Draining Social Security and Unemployment reserves? Will we be living on the streets, homeless with suicide rates climbing higher as the opiate crisis turns into options for those who are hopeless because we couldn’t find employment to save for our future?

Sounds dire, yes. But really. What’s to become of us?

Members of each generation yell at the other for being unfair, for leaving the world in a worse place and not laying down the groundwork for a better life they were born into.

The reality is – there never was a better world to build. Some tried. Some succeeded, but many took, took and took. Greed got in the way. Complacency. Political figures shouting down those who worked against the fold to make this world better.

The point is – we are not entitled to anything someone else leaves behind, We are entitled to live in this world and make it the best we can. That’s all anyone has ever done. They tried and some died for it.

However, in today’s economic and sociopolitical upheaval – what is going to happen to us when we are old? Are we going to fight against each other? Or are we going to come together and form a different economy and workforce that looks different than it does today?

Or – are going to be a multi-generational force who throws aside the conventional world of corporations who tie us down and make us question our own ability?  Shun being someone we are not in order to gain employment by fitting into their culture deck and corporate goals.

Let’s be honest. We put ourselves in this position because we don’t know any other way. We are conditioned – or at least some of us – to believe we are participating citizens in the world when we work for others.

Some already know, from birth, that this isn’t the way – and they go it alone, finding independent success with future’s uncertain, but still financially stable.

We need to wake up and take life and career into our own hands.  Even if it means we bring our best to a company by making it better, infusing a fresh new way they can produce. Even if it means going it alone and building your own business. Through coming together and working out a new mindset to the workforce and how we can contribute passionately to meaningful actions, perhaps we can pull it together and find a future we can look forward to instead of fear.

It’s easy to say this when you don’t have college debt or don’t sleep on someone’s couch. But why not try to list some actionable plans that one can actually done – one day at a time – to get us there?

Multi-Generation Workforce – let’s band together. No more magical thinking. Let’s start thinking clearly now. We need to be proactive in our lives and start something new to change this life for the better, and for generations to come.